In Loving Memory of Kurt Anselmi

All of us at Rolladium would like to dedicate some words of reverence to the man who has made skating here possible and contributed greatly to the sport of Artistic Roller Skating. Kurt Anselmi.

Rolladium Family Fun Center has been owned and operated by the Anselmi family since its opening in 1950. In 2007, Kurt Anselmi took ownership of his father’s business and continued its legacy. Kurt was not only an

exceptional businessman, but also a highly respected attorney. He used his extensive legal knowledge and his passion for roller-skating to help numerous rinks across the nation to continue their business.

In the late 1980s, his precedent-setting case led to the Skate Safety Act. This act revived the roller-skating industry, promoting the safety of session skaters while making rink operation a secure enterprise once again. As a result, Rolladium and other rinks can continue to offer their space as a positive social environment for families, children and communities. Without Kurt’s ambitions, the fate of the roller skating industry would have been significantly different.

Aside from his success as a businessman and attorney, Kurt excelled in Artistic Roller Skating. Winning numerous national titles and maintaining a place on the world team for years, he made a name for himself. Kurt competed in diverse events—freestyle, pairs, dance, and figures. Greatly skilled in each, the rink is where he achieved many successes, including meeting and falling in love with his wife, Terry Anselmi. Their children, Terese and Tony Anselmi grew up at the rink just as Kurt did.

Kurt was an outstanding husband, father, and friend to many. Outside of the rink, he was an avid skier, hunter and motorcyclist. His fearless zest for life was apparent and will always distinguish Kurt as an individual. Kurt’s life was dedicated to skating and marked by his passionate and adventurous spirit. Known and loved by many, he will be greatly missed and infinitely remembered.

Join today! Get our e-news, event info, special offers and learn more about all the new entertainment and fitness attractions.

2022 Rolladium, Inc. All Rights Reserved
Life is too short not to have fun. Visit Rolladium today.
Get rolling with us this President's Day! 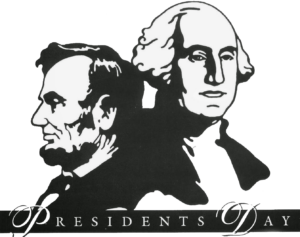